Hello! My name is Günther Wagner and i try to give some insights in the current development of GNOME Builder. All these changes can already been tested with GNOME Builder Nightly so go ahead and give us feedback! This newsletter is called “This week in …” but probably we won’t post every week. So the interval will be a little bit arbitrary. Let’s start! 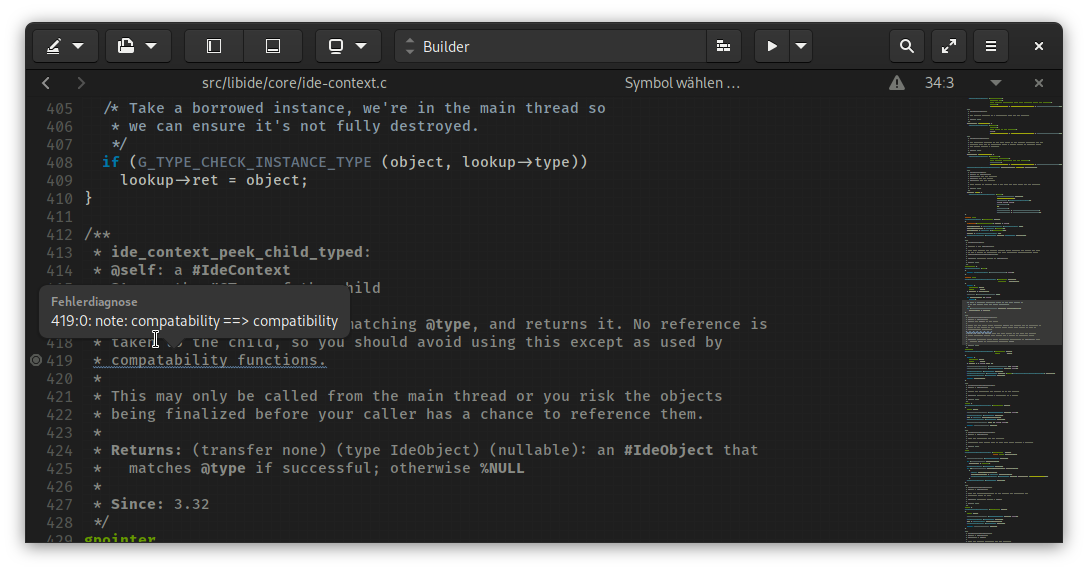 It is now possible to open files in the Project Tree with any external Program.

The Markdown previewer faced some problems with incorrect escapes. Several problems got fixed along the way!

Alberto added an extension point to allow the distribution of out-of-tree plugins via flatpak-extensions. Currently there are no out-of-tree plugins as the model in GNOME Builder is currently similar to the linux-kernel. Assimilation of the plugins allows us to link them statically which improves the startup performance significantly. Christian also enabled the usage of libportal if there would be the need for plugins.

C++ detection got improved so clang is able to provide the correct completions and diagnostics.